Lights, Camera, Action! Do you pay attention to filming locations at the end of a movie’s credits? Film location scouting begins very early in a movie’s creation, bringing to life the visions of the movie’s writers, directors, and producers.

Keep reading to explore nine spectacular movie locations filmed on lakes around the world, including the home base of LakeLubbers, Smith Mountain Lake, Virginia.

Located in Salzburg Province about 20 miles east of the city of Salzburg, Fuschlsee exudes the essence of Austria. The region is filled with “The Sound of Music” scenes, castle ruins, “holler alms” (mountain hut restaurants) and countless hiking trails all awaiting your discovery.

A well-marked path circles the lake’s shoreline, inviting visitors to hike through historic villages, take a refreshing dip, picnic in a mountain meadow, or stop for a meal at a lakeshore restaurant.

Moviemakers have showcased the beauty of Lake Como, known locally as Lago di Como, for decades.

Star Wars Episode II: Attack of the Clones (2002) visited the area to film several scenes from Naboo, an idyllic and beautiful planet and site of the clandestine marriage ceremony between Annakin Skywalker and Padme.

James Bond hunted down bad guys in Casino Royale (2006) and Quantum of Solace (2008) at various locations around Lake Como, and Danny Ocean (Ocean’s Twelve, 2004) encountered his rival thief at a lakeside villa.

Lake Como also played prominent roles in A Month by the Lake (1995), Haunted Summer (1988), The Luzhin Defence (2000), Imagine You & Me (2016), and Murder Mystery (2019). Music video producers for Gwen Stefani, John Legend and Gorrillaz have also utilized Lake Como for its beauty.

Glacial Lake Wakatipu on the South Island of New Zealand is fuel for myths, a backdrop for Hollywood movies, and a destination for adventure seekers.

The depths of Lake Wakatipu reach below sea level, where native people (Maori) believe a giant’s heart beats. Its waters were the setting for the movie The Water Horse: Legend of the Deep (2007).

The mountains that rim the lake provided the scenery for the movie Vertical Limit (2000), and just like in the film, cliff climbers scale the mountains in search of the ultimate thrill.

Lake Wakatipu is perhaps most famous for the Lord of the Rings trilogy, the perfect “Middle Earth” filmed entirely in New Zealand. Locations around the lake provided the scenery for Lothlorien, Gladden Fields, Amon Hen, and Misty Mountains sequences.

The refurbished steamship, the TSS Earnslaw, provides tours of this 72,000-acre lake.

How did Earth’s natural lakes form? Receding glaciers and cataclysmic events such as earthquakes, volcanoes, and meteorite impact are some of the generally accepted geologic origins of our planet’s lakes. But the…

Although small in size with just 720 surface acres, Lake Lure’s picturesque setting at the base of western North Carolina’s mountains has beckoned movie crews since the 1950s.

National Geographic once named Lake Lure one of the 10 most beautiful man-made lakes in the world. Panoramic views over Lake Lure and Hickory Nut Gorge from Chimney Rock State Park extend 75 miles on clear days.

Although the movie Dirty Dancing was supposed to take place in the Catskills of New York, most lake and interior scenes for this 1987 romantic classic were filmed at Lake Lure (other parts were filmed at tiny Mountain Lake, Virginia.)

So, whether your preference is speed boat, pontoon boat, canoe or kayak, make sure to spend some time cruising scenic Lake Lure.

Lake Powell, straddling the Arizona/Utah border, gets the prize in this post as hosting the most movie crews (more than 30) during five decades, testimony to the surreal beauty of this red-rock desert area.

Dams built along the meandering Colorado River created magnificent lakes, with Horseshoe Bend – downstream of Lake Powell – the most stunning meander of all.

Come for a visit and discover for yourself the allure of Lake Powell and the Glen Canyon Recreation Area.

Tucked into the Sierra Nevada Mountains and straddling the California-Nevada state line, 122,000-acre Lake Tahoe inspires with its beauty and entertains with its aquatic diversity.

Movies filmed at this quintessential four-season destination date back to the 1930s. Rose-Marie (aka Indian Love Call), the 1936 movie starring Jeanette MacDonald and Nelson Eddy, filmed at pre-tourist Lake Tahoe which doubled for the Canadian Rockies.

And worth mentioning here is Bonanza, the long-running television series, that was filmed on location at North Lake Tahoe near Incline Village, Nevada.

What are the most popular vacation lakes in the United States? We’re sure you have your favorites, but what about the big picture? We took a deep dive into the most-visited pages…

Surrounded by one of the few remaining areas of true wilderness in Scotland, the picturesque scenery around Scotland’s Loch Shiel has been an inspiration to many over the centuries.

The area is a remote and unspoiled part of the Scottish Highlands, creating the ideal setting for fantastical imaginings. All witches and warlocks will recognize Loch Shiel as the secret location of Black Lake near Hogwarts school in the Harry Potter films.

The surrounding scenery was the perfect backdrop for the magical Hogwarts Express, which in real life is the Jacobite steam train that crosses over the famous 21-arch Glenfinnan Viaduct and offers spectacular views of Loch Shiel.

The boat scenes in Highlander, the 1986 fantasy movie that spawned four sequels, were filmed on Loch Shiel near Glenfinnan Monument. Perhaps 4.942-acre Loch Shiel is as immortal as Connor MacLeod, the movie’s immortal Highlander.

Reelfoot Lake is young in geological terms; it was formed during the earthquakes of 1811-12. Water from the Mississippi River flowed into the newly-formed land, creating Reelfoot Lake, named after a legendary Chickasaw chieftain.

Another Oscar winner, In the Heat of the Night (1967) filmed scenes in the lake’s lily pad-covered waters. A canoe or kayak is the best way to retrace the footsteps of these famous movies.

Two movies have been filmed at Southwest Virginia’s picturesque Smith Mountain Lake, the headquarters of LakeLubbers. The most notable is What About Bob? (1991), the cult comedy starring Bill Murray and Richard Dreyfuss. In the movie, the setting was Lake Winnipesaukee, New Hampshire.

The Outer Limits, a TV series featuring actor Mark Hamill, also used SML as a setting in an episode entitled Mind Over Matter..

Located at the foothills of the Blue Ridge mountains, 20,000-acre Smith Mountain Lake is a four-season destination that hosts special events throughout the year, including bass tournaments, 4th of July fireworks on the water, a wine festival, fall chili and craft festival, charity home tour of lakefront homes, and a Christmas boat parade.

Multiple golf courses plus a county and state park (both with beautiful sand beaches) provide plenty of opportunities for outdoor recreation.

Smith Mountain Lake, “Jewel of the Blue Ridge,” is the setting for the movie “Lake Effects,” an independent film produced by Life Out Loud Films, LLC, in 2011. The movie stars Jane… 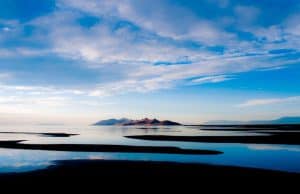 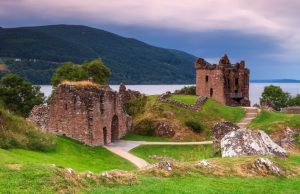